Happy to say that author of gReader Android app recently released News+ app which will support many other readers through extensions mechanism.

And BazQux Reader is one of the first supported readers!

It's nice to have Google Reader API. gReader developer didn't even contacted me with questions related to API. Just rolled out a working app! Thank you!

To get started with News+ install NewsPlus_beta.apk and BazQuxExtension_beta.apk. Most recent versions should be available at News+ GitHub page.

Then you'll need to set your mobile login & password in options menu as described in previous post.

And then you'll get this: 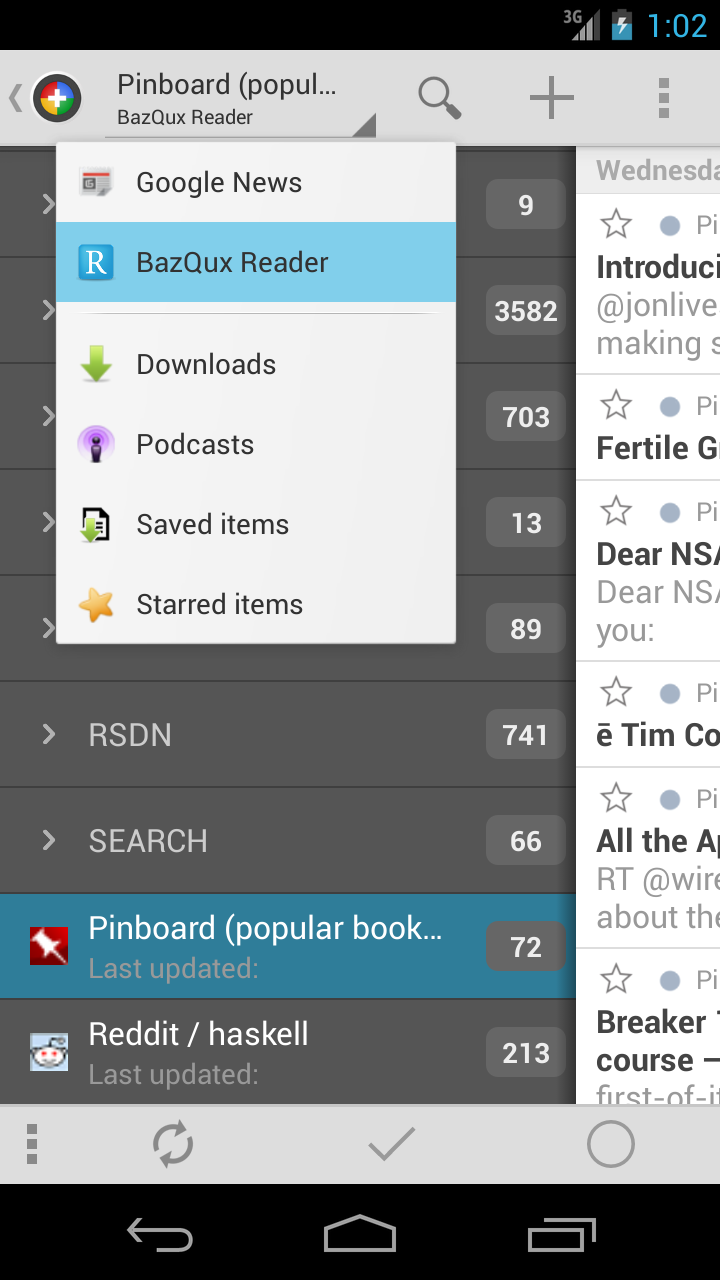 News+ is currently in Beta stage. Some bugs may appear. Please report them in gReader Google group.

And some good news again. Author of JustReader have sent me a beta version for tests. A bit more work is needed to be done but he promised to release JustReader with BazQux support before July 1st!

That's very good! I liked BazQux from the start (start = announce about the end of Google Readed) but it had no Android client with offline support. Now, with JustReader it is covered. I used gReader too, but it had some strange bugs with synchronization.

Strange bugs in gReader with Google Reader or News+ with BazQux? What are those strange bugs?

Strange bugs in gReader with Google Reader. During synchronization not all articles were loaded from Google Reader to gReader.

Does BazQux support the "star" feature from Google Reader? I'm using News+ and have starred some articles, but I can't work out where I can view starred articles on the desktop browser version of BazQux.

I'm working on starred and tagged items right now. They will be available in a day or two. And they are already supported via API so you can star items in mobile apps.

News+ got an update today. Trying it out now. So far so good.